Blend is a winery located in downtown Bozeman.
We offer outstanding food along with locally crafted wines sourced from the highest quality Washington grapes. Owner, vintner, and chef Michael Ruhland is the man behind this one-of-a-kind Bozeman wine experience. 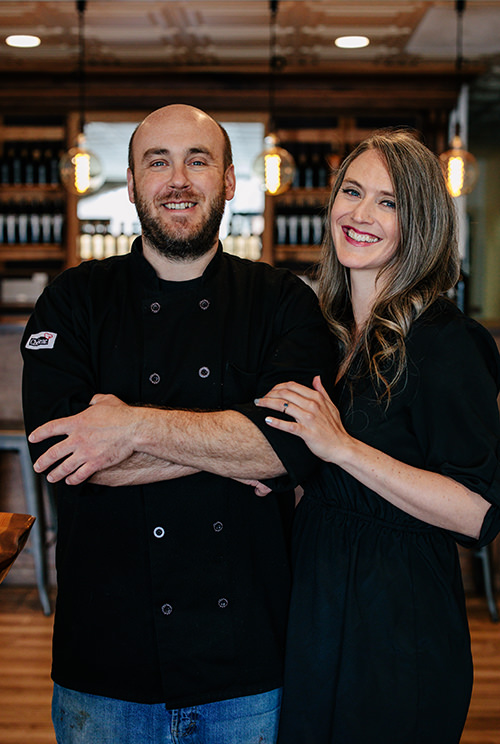 Michael Ruhland and Sonia Williamson are the fiancé / fiancée team of Blend. Michael is the man behind the wine and food in our space; Blend is his vision and his labor of love. A chef at the Yellowstone Club for many years, his passion for creating wine pairing dinners led him to the realization he wanted to be creating his own wines and offering his own wine dinners. Originally from Memphis, he now considers himself a local after over twenty years working, fishing, cooking, hiking, and skiing in the Bozeman area. It’s apparent to everyone that Montana isn’t prime grape growing territory, but Michael didn’t want to leave the Bozeman area—he wanted to be able to offer the highest caliber wine right here in Montana. To that end, we source our grapes from Washington and work with a spectacular custom crush facility in Walla Walla to process the grapes there. Michael works hands-on with primary winemaker Matías Kúsulas to create our beautiful Valo Cellars wines. We then bring the juice back home to age and bottle at our Four Corners facility. Michael and Sonia met at the beginning of this wine making journey and are now Bozeman winery partners-in-crime. 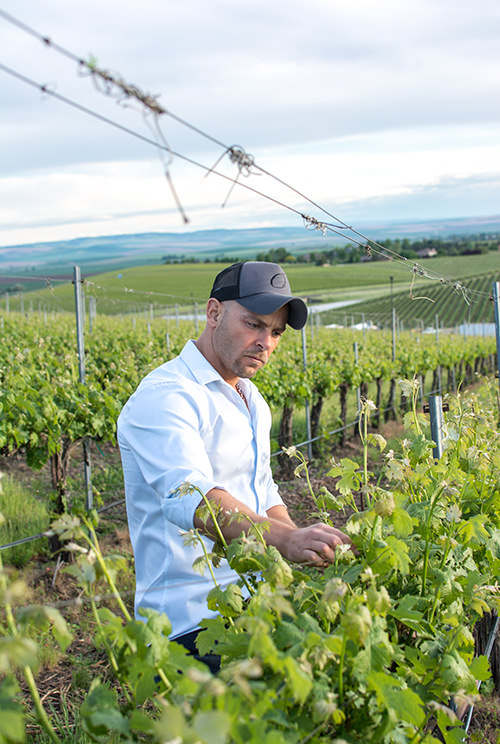 A Chilean with Greek roots; Matías was a Marines officer and Naval Engineer in Chile for over 7 years when realized that it was time to change the course of his career. In 2005, he started studying Agricultural Engineering at the University of Chile, where he graduated with distinction and a major field in Viticulture and Enology. He worked in Chile for a few years but in 2011, he decided to start traveling the world on a quest for new winemaking techniques. After several harvests in Oceania, Europe and Africa, he settled down in France, to do his post degrees at the Universities of Bordeaux and Montpellier. He also performed for 2 years as a Maître de Chai for one of the oldest and most reputable wineries in Condrieu and Côte-Rôtie. After years of traveling and over 15 harvests, he came to the USA to work with us as a Production Winemaker and Viticulturist. In his spare time he likes to jump out of planes and he is a Judo Black Belt.